It’s not typically considered, but being a scientist can come with a fair share of opportunities to see the world. This might look like going to an international conference, or working internationally – like today’s Scientist Spotlight, Sarah Crites!

Tell us about yourself! Where do you live and what do you do?

I am a planetary scientist, living and working in Tokyo, Japan! I am a postdoc at JAXA, the Japan Aerospace Exploration Agency–the Japanese version of NASA. A scientist friend of mine told me that when she was a kid, she wanted to be an ambassador so that she could travel the world and experience many cultures–instead she became a scientist, and has fulfilled her dream and traveled more as a scientist than she ever imagined! I love this story because it highlights one of the amazing aspects of a science career that a lot of people don’t think about. Scientists all over the world share the same goal of trying to understand how the world works. We can do our jobs best if we work together by sharing knowledge and resources, and this means that scientists often travel all over the world to meet, talk with, and work with other scientists–as well as to do specific research activities that can only be accomplished in certain places. Some planetary scientists I work with have even been to Antarctica to collect meteorites! What this means for me is that I lived and worked in several cities around the U.S. before moving to Tokyo, and I take trips to somewhere new in the world several times a year. A couple of examples from last year are Toulouse, France; San Francisco, CA; Sendai, Japan; and Houston, TX.

What does your day-to-day life as a scientist look like?

I spend a lot of time at my computer, looking at images and measurements that recent space missions have sent back from the Moon, asteroids, or other planets. I use software and computer programming to look at the data and try to learn something new about these planetary bodies. For example, today, I am investigating an impact crater on the Moon. I am using images, measurements of the how rough the surface is, and measurements of the composition (what minerals and chemical elements are present) to try to understand how much of the material in the crater was melted when it first formed. This will help me understand what the true composition of the crust was, before some of it was melted and modified. The second part of my job involves helping to plan future space missions. I go to meetings, talk with scientists and engineers, and do calculations to help design the instruments that will go on the next missions that JAXA will send to space. My role in any one part of instrument or mission planning is very small, but it is very rewarding to know that as a result of my work with so many others at JAXA and around the world, one day a new spacecraft will go to another planet and give us a whole new perspective on our solar system. I also do a LOT of reading and writing. I am constantly trying to learn what other scientists in my field are doing, and writing my own papers to keep them updated on my work.

What do you wish you knew about scientists when you were in middle school/high school?

I wish I’d known that a really important part of being a scientist is being creative. I always loved reading and writing science fiction and fantasy stories when I was in school, and at the time I didn’t think that would help me as a scientist–but it actually does! A big part of a scientist’s job is thinking about new ways to answer questions, and being creative and coming up with what seem like crazy ideas at first can really help with that.

What is your favorite part of participating in Letters to a Pre-Scientist?

The most exciting part of science is getting to share it with others, and that’s what having a pen pal lets me do! Answering my pen pal’s questions gets me excited about science all over again. I also love how unique my pen pals’ perspectives are. They have always surprised and delighted me with their ideas and questions about science, life, and school. 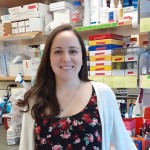 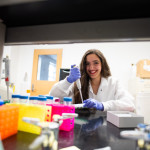 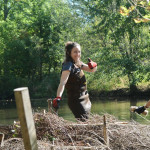 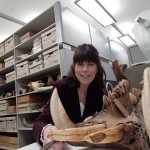 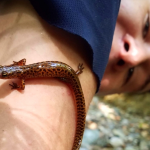