Neither snow nor rain nor heat nor gloom of night

An unsung hero in the success of the Letters to a Pre-Scientist Program is the U.S. Postal Service! In an era where electronic communication is king, we believe that there is a level of personalization and excitement that uniquely comes from tearing open an envelope and unfolding the paper inside. We see the end results of successful delivery by post in the creativity from both students and scientists as they write back and forth, in the excitement on the pre-scientists’ faces as they read each letter, and in their curiosity and motivation to improve their writing and critical thinking skills.

But once a letter gets dropped in the mail, what happens to it? We thought it would be interesting to learn about the U.S. Postal Service, which plays a key role in Letters to a Pre-Scientist. 1) The first local postal service in North America started in Boston in 1639, when it was still a colony of England. The first long-distance postal service was between Boston and New York City, and started in 1673. In 1774, Benjamin Franklin was elected as the first Postmaster General of what would become the United States.

3) 155 billion may sound like a huge number, but that’s actually a 25% decrease in total mail volume compared to a decade ago.

5) Almost 225,000 mail carriers deliver letters in U.S. cities, which includes to most of our LPS classrooms. The USPS has an unquestionably important role in the ability of LPS to connect pre-scientists with scientists across the United States and around the world. This post was inspired by a podcast on The Revolutionary Post, which we encourage you to listen to to learn more! 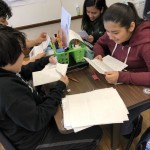 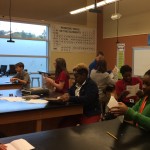 What is letter opening day?