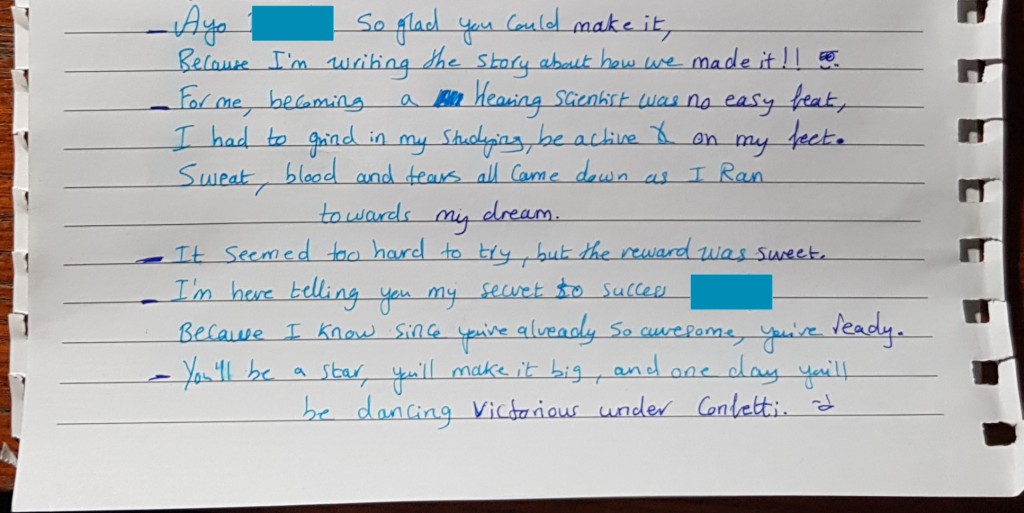 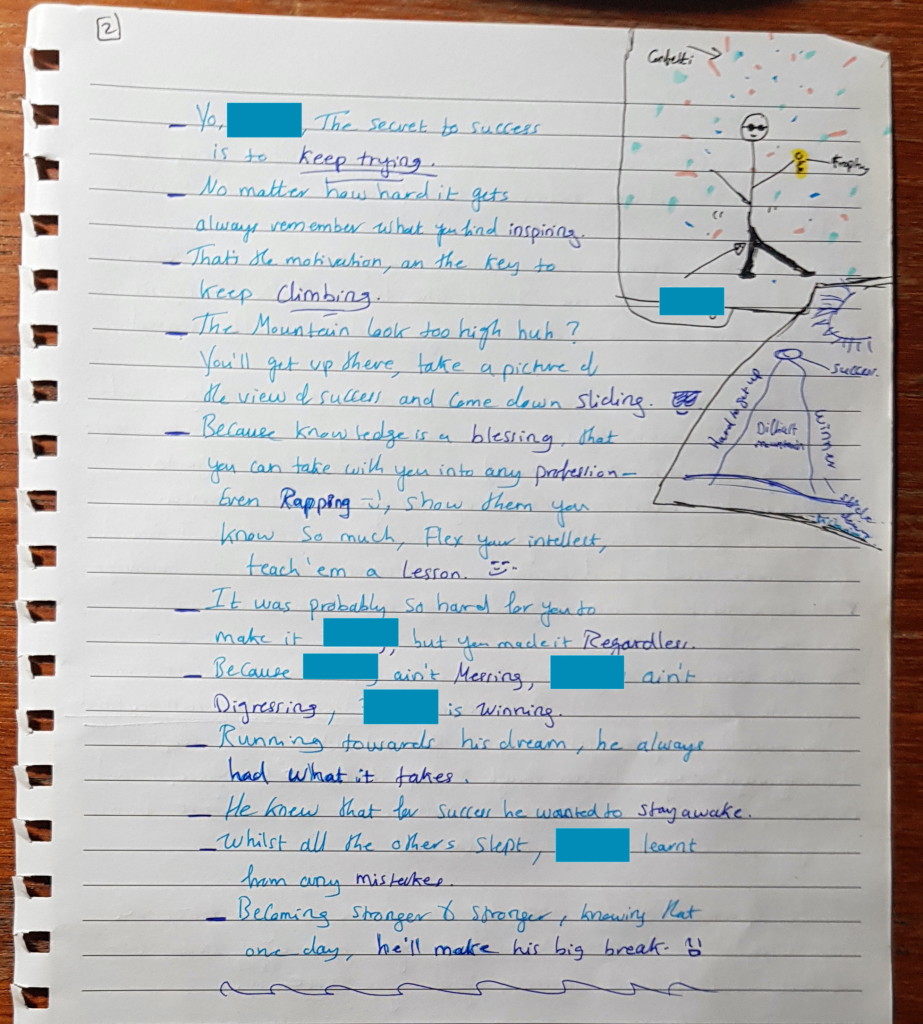 Every year, we have a few pre-scientists who are hesitant to write to their pen pals. Each case is different- some pre-scientists have a hard time trusting adults, others don’t feel confident in their writing skills. We challenge our STEM professional pen pals to write back to our pre-scientists even if they don’t receive a response because we don’t want any student to feel left out on letter opening day.

As is the case with most challenges in life, persistence usually prevails, and students typically become more willing to write when they see their pen pal isn’t going to leave them and is connecting with their interests.

Sometimes, the ingenuity of our pen pals amazes us. One pre-scientist, who we will call John, refused to write back the first and second round of letters.

Instead of getting frustrated or disengaging, his pen pal realized John might need some extra motivation. She remembered that John shared that he wanted to be a rapper in the information she received about John at the beginning of the school year. Despite not being a rapper herself, John’s pen pal wrote John an encouraging rap called: “Making it”.

“Making it” inspired John to write back to his pen pal! John thanked his pen pal for the rap and shared that he has been struggling in school. While this may seem like a small win, we consider it a huge accomplishment because, for the first time this year, he felt comfortable writing a letter to her, and even opened up about the challenges he is facing. John’s pen pal modeled persistence and was consistent and creative with her efforts. We’re fortunate to have volunteers like her as role models for our pre-scientists. 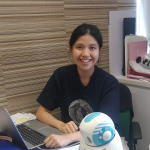