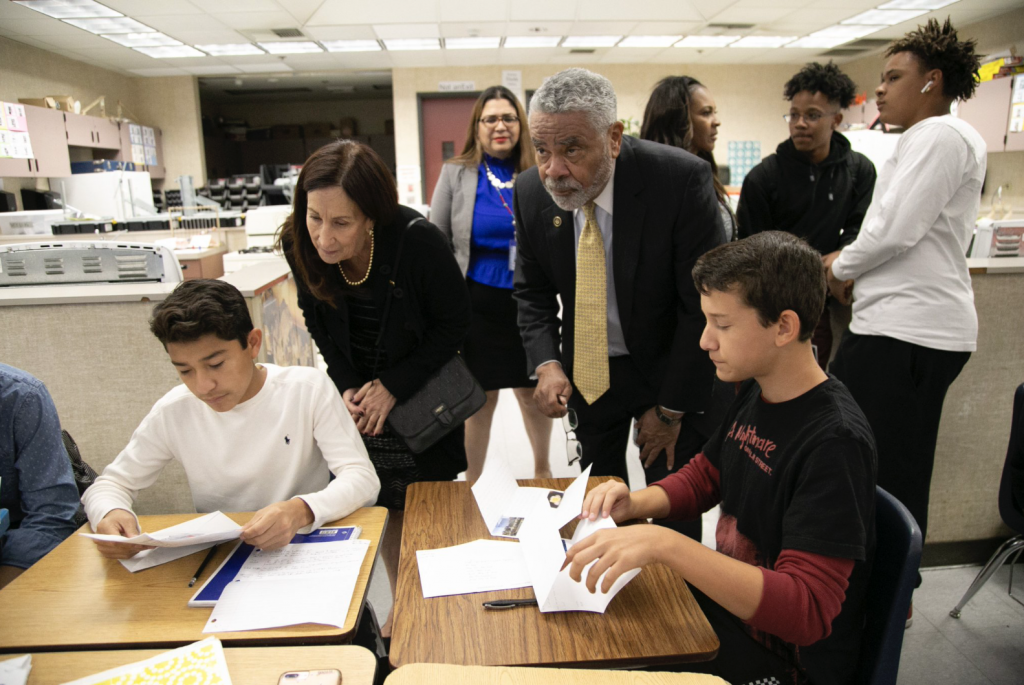 In a recent survey, less than 25% of scientist pen pals reported LPS increasing their awareness of the challenges of teaching and learning in low-income schools. In addition, many of our scientists asked for more information about our pre-scientist’s communities. This resource is designed to familiarize scientist pen pals and other stakeholders with the reason that Letters to a Pre-Scientist works in high poverty communities.

In the words of one of our current LPS teachers, “Students often view scientists as people who are inaccessible. They see portrayals of them in the media, but they don’t usually know any real scientist and – by extension – don’t often see themselves in the role of being a scientist.”

At Letters to a Pre-Scientist, we are committed to promoting curiosity, exposing students to the wonderful world of science, and connecting professionals in a diverse range of STEM fields with students. We envision a day when all students have equitable access to an engaging science education. This year, all eight of our schools serve a population where at least 60% of students qualify for free or reduced price lunch. In the future, we will target schools with 75% or higher. We work with low-income schools because we believe every single student, regardless of the color of their skin or the neighborhood they grow up in, deserves to know how awesome science is and feel empowered and prepared to study whatever excites them.

Students who qualify for free or reduced price lunch are no less capable of completing degree programs or succeeding in STEM related careers than their higher-income peers. They are, however, often faced with barriers that make these goals seem out of reach. Compounded with the lack of STEM professionals working and living in low-income communities, many of our students do not see themselves represented in STEM fields. STEM careers offer some of the highest salaries and are among the most rapidly growing industries. Without interventions that authentically connect our students with diverse scientists, they are excluded from the opportunities and life prospects that STEM careers can offer. Even though their potential is equal, they are not equally represented in higher education institutions or STEM careers.